Here are two common reasons why people decide to utilise storage facilities' services when they move.

One reason why people often put some of their valuable belongings into storage when they move is that they need to renovate their new home and want to ensure that their belongings that are costly or hard to replace are safe during this process. Because renovations typically involve the use of paint, plaster, wallpaper adhesive and grout, all of which have the potential to splatter and damage or stain the objects they land on, and because renovation work itself, such as the fitting of benchtops and the construction of shelves, involve builders using sharp tools that could scratch or shatter nearby items, it is very difficult to protect items that are kept in a home whilst it's undergoing this process.

Doing so might require a person to be incredibly vigilant at all times about where their valuables are located, in relation to whatever renovation work is taking place in the building; this is not only impractical but could also heighten the new homeowner's stress levels. Conversely, if a person in these circumstances stows anything they consider valuable in a storage unit until their building crew has finished renovating their home, there will be no possibility of these objects being damaged by the renovations. Instead, they'll be inside a pristine, secure unit, where no one other than the person who rented this unit will have access to them.

Another common reason people make this decision is to give themselves some time after they move in, to purchase and put together furniture and storage items that they intend to use to store the items they put into the storage facility. This is something that people often do when they're moving from, for example, a furnished rental property, where they were able to use the existing furniture and storage items to display their belongings, into a home of their own, where they don't yet have any furniture of their own.

In this situation, putting some of their items that they won't need to use for a while after they move in (such as for example, their large book and record collections) would mean that they would not need to leave these items in the moving boxes or piled haphazardly on the floors of their new home, for weeks on end, whilst they wait for their furniture and storage items to arrive. This lack of clutter and mess could allow them to settle into their new place faster. Furthermore, keeping these things in a storage unit, rather than leaving them on the floors around their home, would also mean that these items would not be damaged or get misplaced as a result of being stored so carelessly, but would instead remain safe and in their original condition, whilst in the climate-controlled, pest-free, locked storage unit. 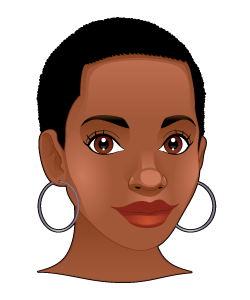 If you are planning to move house, you will know how stressful it can be. When I decided to move house, I tried to do everything myself. However, I soon realised that I could not pack and move all of my things without a little help. Thankfully, my sister recommended a great moving company who helped me to move the larger items of furniture using their trollies and trucks. The company were even able to supply me with a storage unit so I could keep the things I didn't have room for safe. I decided to start this blog to help other movers.